Steve Emerson is an American journalist, author, and pundit on national security, terrorism, and Islamic extremism.

He is also the Executive Director of the Investigative Project on Terrorism (IPT), a data-gathering center on Islamist groups. 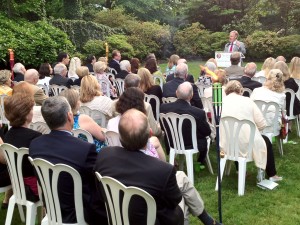